Welcome to day twenty-two of Just Jot It January for 2023. Today’s word is seasonal.

Today I was inspired to write an acrostic poem.

A veil of winter

Silently covers her as she lies in wait ready to

Nature has her own timeframe

Alone she wields her magic urging the

I wish you could be here to smell spring and see her with butterflies in her hair.

(Have I mentioned how much I love spring?) 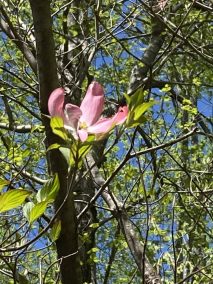 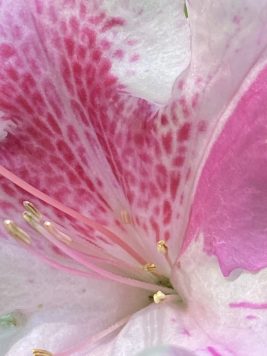 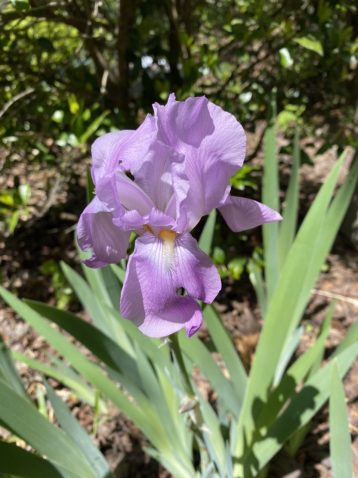 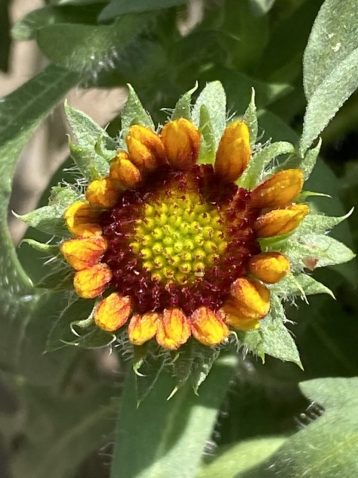 One liner Wednesday is brought to us each week by the lovely Linda Hill. Please visit Linda’s blog to read the rules, read other one liners, and possibly join in the fun!

“What a lonely place it would be to have a world without a wildflower!”
Roland R Kemler

We saw our first hummingbird today so I put the feeder out. Spring has officially hit her stride. The rose-breasted grosbeaks cannot be far behind. And look what is blooming in the woods! 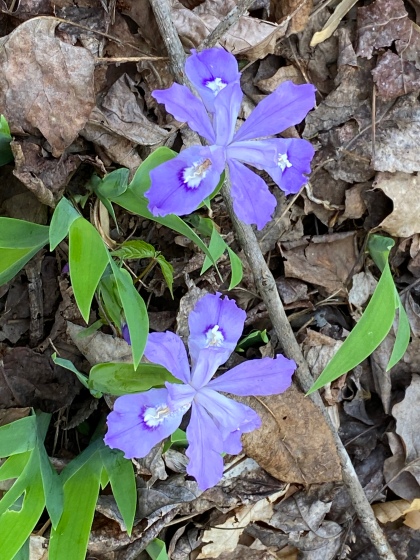 One liner Wednesday is brought to us each week by the lovely Linda Hill. Please visit Linda’s blog to read the rules, read other one liners, and possibly join in the fun!

I don’t know about you, but there is more to focus on these days than I have the mental capacity to undertake. I prioritize and try to maintain a modicum of positivity as I look forward to change.

The prompt from Jim:

This week we have bouncing related prompts of Hop/Jump/Leap/Pounce/Spring, and the song that you choose must contain one of these prompt words in either the title or the lyrics.

My song technically does meet what Jim intended this week, but it does contain one of the prompt words. I was rather moved by the back story and the artist, so I am going with it. Since the song deals with birth and death, i feel like the second definition below is fitting.

1. move or jump suddenly or rapidly upward or forward.
2. originate or arise from.

Natalie Merchant released “Spring and Fall: To a Young Child”  on the album “Leave Your Sleep” in 2010 – 17 years after she left 10,000 Maniacs. The album was to be a reflection of the conversations she had with her daughter over the first six years of her life.

The music on this album was adapted from American and British poets from the 19th and 20th century. This song came from a poem of the same title written by Gerard Manley Hopkins, a Victorian era poet and Jesuit priest.

After the birth of her only child, Lucia, former 10,000 Maniacs singer Natalie Merchant began researching, writing and recording Leave Your Sleep, a 26-track collection of music adapted from 19th and 20th century British and American poetry about childhood. “I’ve also been really intrigued about setting other people’s words to music, rather than my own,” Merchant told Billboard magazine. She added that the project began as a “lullaby record” and slowly transitioned into an album about childhood in general. “At that point my kid was already 5 years old and was asking questions like, ‘What happens when we die?'” she said. “I wanted to be able to answer those questions musically.”

The song is derived from a poem by Victorian Catholic Gerard Manley Hopkins. Merchant recalled to The Sunday Times March 28th, 2010: “The first time I read it, it made me cry and I didn’t know why. It really touched my core.”

Merchant added that when she read a letter from Hopkins to his friend Robert Bridges suggesting that Spring and Fall “‘deserves a plainsong melody,’ it felt like he was reaching out to me through time and space. He died [just before he turned] 45. I’ve just turned 46

Death is a difficult topic for all of us, but finding a way to explain it to a child can be even more difficult. This is what Hopkins is writing about in this poem so it can be seen and felt as rather melancholy. I remember well the confusion I felt when my grandfather passed away. It is a feeling that never left me.

Spring and Fall: To a Young Child
Lyrics from Songfacts.com

Margaret, are you grieving
Over Goldengrove unleaving?
Leaves, lake the things of man, you
With your fresh thoughts care for, can you?

Ah! As the heart grows older
It will come to such sights colder
By and by, nor spare a sigh
Though worlds of wanwood leafmeal lie;

And yet you wall weep and know why.
Now no matter, child, the name:
Sorrows springs are the same.
Nor mouth had, no nor mind, expressed

What heart heard of, ghost guessed:
It as the blight man was born for,
It is Margaret you mourn for.

Song Lyric Sunday is hosted every Sunday by Jim Adams. If you would like to join in the fun, check out his blog for the rules and to take in all the other music posted by other bloggers.