Nothing says home like a meal taken to the table and eaten with those people we love. It is our very identity. Food is such an important part of our heritage and cooking says a lot about our relationship with the people who raised us.

Gardens As a Food Source 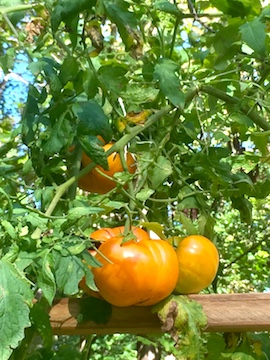 My families were great cooks. We grew up with meager means, but heck, I didn’t know it. I thought we had everything. My mom, my step-mom and my grandmothers were great cooks. They cooked simply – everything taken from their environment. We were farm to table before it was a thing.

It started with the garden. Planting a garden was a lot of work. It started in the fall. Often old plant stems were plowed under so they could again become part of the soil. In spring, the soil was turned over (a term for plowing under) and the dark rich earth was brought to the surface.

Planting and tending the garden was everyone’s responsibility. I learned early on how to plant, fertilize, weed and hoe a garden. We did not think of it as work – it was just part of what we did.

Once plants were mature, the harvest began. Again, as children, we learned to pick and string green beans at a very early age. Pulling onions, ‘hilling’ potatoes, picking cucumbers and tomatoes was just part of the routine of growing up country.

We had a small grape arbor where we grew the most amazing concord grapes. Those were picked and turned into jam and jelly and even a little wine – which we were never allowed to touch. Thinking about it, I can close my eyes and picture the bees swarming around the fallen grapes and tasting the warm grape right off the vine. It was divine!

We sat on the porch and shucked corn, snapped beans and sorted potatoes. It was a communal time of conversation and just getting the work done. After we were finished our jobs, the preserving started.

I came from a fabulous line of amazing cooks. None ever used a recipe, but I have watched them cook more times than I can remember. In late summer and early fall we ate fresh vegetables but it was also time for ‘putting up’ food for the winter.

My paternal grandmother made grape jelly. I was always fascinated by the paraffin wax she melted and poured on top to seal the jelly from any contaminants. I used to sneak behind her and put my fingertips in the hot paraffin and then, once cooled, pull off my fingertips in utter amazement — fingerprints and all! My maternal grandmother made apple jelly from a pound apple tree in her front yard. It was so clear you could see right through it.

Recipes were few and far between. There were some that may have been clipped from a magazine or some were written if acquired from a neighbor. But, for the most part, all the ‘know how’ was in their heads. They cooked, they tasted and they served the most amazing meals. 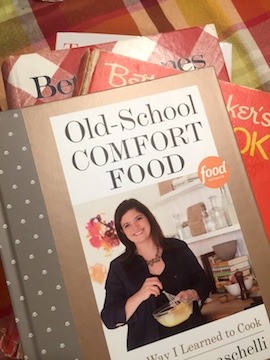 I do have my maternal grandmother’s recipe for ‘Angel Biscuits’ but mine never rise high and fluffy like hers did. She made the BEST ‘Angel Biscuits’ I have ever tasted. She also wrote down her ‘Fool Proof Piecrust’ recipe for me — but I think I might be a fool!

I cook much the same way, although I do love cookbooks. I have a few favorites that I consult over and over again. Tonight I tried a new recipe. It turned out well, but I am already thinking about how I would alter it. That’s just the way we learned to cook.

My son recently asked me to cook for him on his 40th birthday. He asked for flank steak and mashed potatoes. It was one of our staples when my children were growing up. I bought flank steak because it was cheap – not so much anymore folks! It is his memory of the comfort food that he is after, not so much the food.

Both my children are good cooks in their own right. They both cook for their families frequently. My daughter makes THE BEST meatloaf ever. I am not sure either of them really use recipes much, but this I know — they are building memories and a lifetime of comfort for their children.

And that makes me proud.

“No one who cooks, cooks alone. Even at her most solitary, a cook in the kitchen is surrounded by generations of cooks past, the advice and menus of cooks present, the wisdom of cookbook writers.”
Laurie Colwin