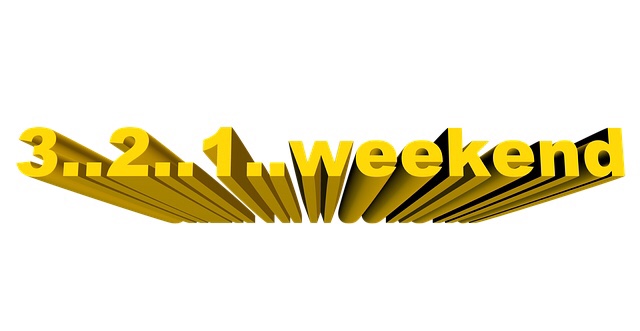 I have slowly stated to recover from my vertigo. I still feel a little on the edge, however it a huge improvement since earlier in the week.

Today was the final day of my workshop. I was much more capable and steady so it was much easier to enjoy the experience. Yesterday I was just not in my best frame of mind.

I still had hubby drop me off at class because I was still not feeling confident enough to drive. There was a little shuffling of space before class this morning which gave me a larger space in which to work.

The workshop was taught by Mary Karg who has an amazing process for applying color pencils to copper. We also worked making cold connections using riveting. 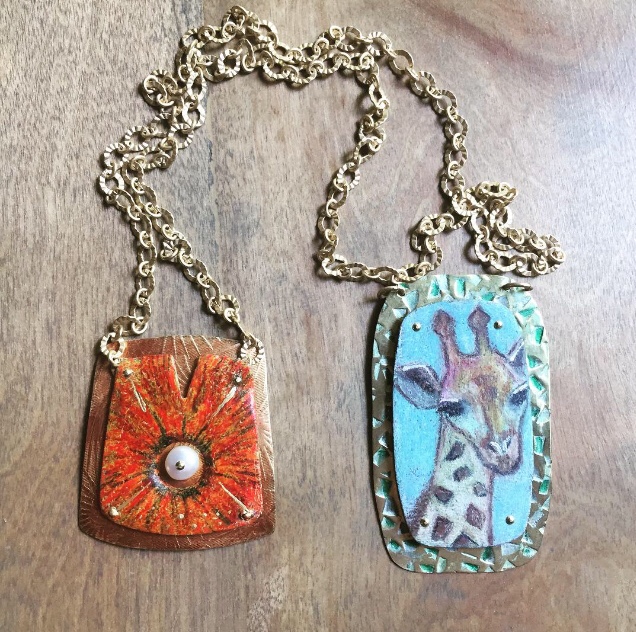 Today we were able to choose a project we wanted to work on. I decided to try and create a pendant by drawing a rough sketch of a giraffe. It was the kind of work I love to do. Slow, methodical work to lose myself in.

So, all-in-all, a very good day. I made some new friends and made some connections to the local writing community as well. Both things I love very much.

Hopefully tomorrow I will still be feeling well so I can get my house back in order. Hubby has done a great job doing all the chores and carting me around. It’s nice and I am thankful, but I am ready to get my life back on track.

How are things in your world? Hopefully not topsy turvy like mine.

I made it to my workshop today. Hubby was kind enough to drive me and come back and pick me up later.

I wish I could say it was a stellar day. It wasn’t. I was a bit in a fog all day. I finished the work, but it was frustrating. No pictures today. Hopefully there will be some at the end of the workshop. I am hoping tomorrow will be better after a good night’s rest.

On a positive note, it looks like we may have two of our grandchildren next week. That will be fun. They have been with aunts, uncles, and cousins most of the summer. We will be the final stop before haircuts, physicals, and school shopping. Can you believe summer has flown by so fast?

The start of my day was a little rough. I was unable to fall asleep until after 2:00 a.m. and had to get up at 6:30 a.m. My stomach was feeling a bit queasy. Not the way you want to start a two day class. I managed to get up and have some coffee and an egg scrambled with cheese. It tasted so good, but my stomach was not impressed.

After I showered, I had a little time to rest before I packed my lunch and gathered my tools. Then I was off on my thirty minute drive which gave me a few minutes to gather myself.

The first day of class went really well. It was a full day. We made three pieces of the five that will go on the necklace. I had a few stumbles, but overall I was happy with the way my pieces turned out.

We had a quick video chat with our granddaughter. We sent her a couple of stuffed toy birds and she was so delighted with them. They have recordings of the actual bird songs inside which make them more fun for a toddler. She was her normal jovial self and we were glad to get some kisses and some ‘I Love You’s‘ from her amidst her rather busy life.

Now I am relaxed with a glass of wine while hubby is grilling some chicken and asparagus. He’s so good to me.

I think I will be hitting the sack early to make up for my lack of sleep last night.

Enjoy your weekend everyone. I cannot believe tomorrow is Saturday. The week flew by!

It’s late and I’m just barely going to get a small entry done today. It has been a long and hectic day. I am not sure I slept at all last night. I stayed in bed but never felt like I fell asleep.

I started at 6:30 am this morning. Coffee, shower then off to my weekend workshop. It was a really foggy morning so I left a little early to arrive by 9:00 am when I thought the workshop started. Wrong. I was the first to arrive because the workshop was not scheduled to start until 9:30 am. Thankfully, my instructor and her husband were very kind and let me come in and hang out while they finished breakfast.

This workshop is a jewelry making workshop. Today was designed to be a workshop where you come in and just do what you want and get hints and tips along the way as you need them.

It may have been my lack of sleep, but everything took way too long for me today. Filing and getting edges to match perfectly was really challenging. I finally finished setting a piece of labradorite (one I cut into a cabochon) on a pendant. A project that should have taken a couple of hours but with my missteps today it was hard.

After the workshop, I found out my granddaughter was sick again which caused a major change of plans for their weekend. She has had a rough year. Shortly after I arrived home we discovered we had no cell service nor WiFi calling. So we have only been able to text tonight. We are still unable to make or receive phone calls.

We also found out some other family members are ill and unfortunately, we cannot call and check on anyone so that’s frustrating.

So, I am ready to usher this day out and get ready to go back to my workshop tomorrow — at 9:30 am this time!

“Life is nothing without a little chaos to make it interesting.”
Amelia Atwater-Rhodes

Today I felt accomplished in some things but recognize I still have a number of things on my list that remains. It’s nice to check them off as tasks are finished. 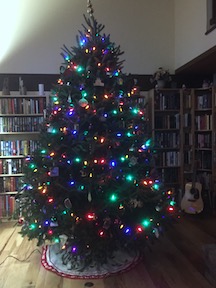 Finally, all the indoor decorations are complete. The tree has a topper and a skirt now. The fireplace is decorated and the nativity scene is out. I love this phase because that means all the mess of boxes can be put away until it’s time to take it all down again.

Hubby started putting the outside decorations up. We just do lights outlining the house and lights through the bushes along the driveway. He’s about halfway done so it won’t be long until we can just sit back and enjoy it all.

I mailed a few things today so some of my shopping is complete, but not nearly all. We ordered a few items online and will go out a few times together to finish the shopping for the grandkids. It gets harder as they get older and have very definite ideas about what they want and do not want.

I really missed Toys R Us and Babies R Us this year. Going store to store in hopes of finding something is tiring. Then the toy aisles in stores like Target and Walmart are just picked over and messy. That is why people order so much online – it is so convenient and it does save money and time. It doesn’t do much for the local economy, unfortunately.

I bought a box of clementines which started a conversation with hubby about our youth. When Christmas rolled around, there were certain treats that showed up that we did not seem to have been around otherwise.

The first was soft peppermint sticks. We both grew up in a common geographic area, so the brands we had were often the same. The peppermint sticks were made by Helms Candy Company which was just down the road from my grandparents’ home. The candy came in a box and it was nice and soft – not hard like peppermint candies. They are still in business and you can find the candy at a lot of local stores.

The second was of course tangerines. Both tangerines and oranges showed up around Christmas and they were a treat! Our stockings always had an orange or a tangerine in them.

The third was ribbon candy. Now I am picky about my ribbon candy. It cannot be thick. I like it wispy thin. And I don’t like for the colors to be overwhelming. Of course, if you bought the thin candies, there were always little sharp shards of sugar broken in the box.

The last was chocolate covered cherries. Now, we always had these at home, but I NEVER liked them and I do not care for them now. It was always THE gift for teachers or gift exchanges at school — do kids even do that anymore? Probably not.

I finished NaNoWriMo which was an accomplishment. All my writing buddies finished, too, which was really nice. (Goodonya Tanya for finishing first time out!) Now I have a nice novel that needs to be finished, then ripped apart to fix all the ‘stuff’ that creeps in when you write that much in a 30 day period.

This weekend I have another jewelry workshop. It’s supposed to pour rain all day, so I’m glad I have some inside fun things to do. This is similar to the workshop I had to bow out of a few weeks back because I became ill. I love working with silver so I am hopeful I have better luck this time.

Today there was a 7.0 earthquake in Alaska. The epicenter was very near where I lived when I lived there. I only have a few friends who are still in Alaska so I was holding my breath until I knew everyone was okay.

This brought back lots of memories of my time in Alaska. I remember going to ‘Earthquake Park’ which was an area of town devastated by the Good Friday earthquake in 1964. I also remembered feeling small quakes when we lived there and waking my children up to stand in the doorways when they occurred in the middle of the night.

Earthquakes are the most unsettling of natural disasters I have ever encountered. Everything moves. The buildings and their foundations, the ground, the cars, everything that is not nailed down. I worked as a switchboard operator (another thing I doubt exists anymore) on Elmendorf AFB when a fairly strong tremor occurred. After that, they secured the switchboard to the walls for fear someone would get crushed if it fell over. They were huge pieces of equipment.

Of course, I never felt anything of the magnitude the good people of Alaska felt this morning. I am holding them all in my prayers. Thankfully, it does not appear there were any fatalities or serious injuries so that is a blessing, but there is extensive damage to roads, buildings, and homes. And there is an unsettling feeling that takes a while to overcome.

That’s about it for the time being. Now it’s time to unwind for the day.

“Do what makes you happy, be with who makes you smile, laugh as much as you breathe, and love as long as you live.”
Rachel Ann Nunes