Saturday, hubby and I trekked up to Boone, NC, to the Daniel Boone Native Gardens. They were having a wildflower walk and native plant sale. We had to leave early because the event ended at noon. As we crossed over the mountains into Blowing Rock, the mountains were socked in by fog. It certainly would not be a day for enjoying the mountain vistas.

Unfortunately, the gardens were a bit disappointing as was the sale. It was rainy and cold which made for a muddy garden and nurseries anxious to shut down and go home. We bought two native azaleas and went on our way.

From there we decided to have lunch at The Dan’l Boone Inn, a restaurant serving family style meals since 1959. It is one of the oldest historic buildings in Boone and has served as a residence and doctor’s office, Boone’s first hospital, and a residence hall for students of Appalachian State Teachers College. 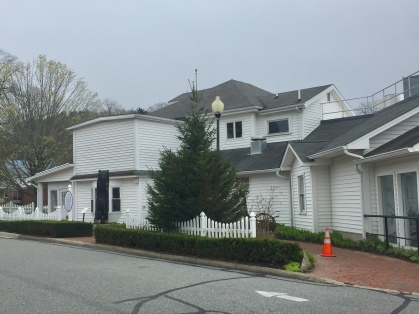 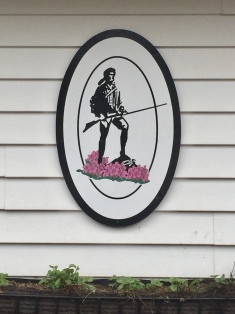 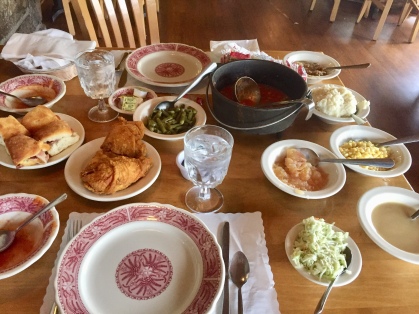 This restaurant serves country-style meals family style. It was always a favorite of my sisters’ but I had not eaten there in years. The food is typical country, heavy in fats and calories and not our normal fare. But you know the old saying, “When in Rome…” I thought a lot about my sisters and how much this place meant to them, especially when they could get their children together to tag along.

After lunch, we decided to drive into West Jefferson. I have been anxious to go there to do some genealogical research since one branch of my family started out in Ashe County. Unfortunately, the library was closed for Easter weekend, so we went to the local museum. I enjoyed the displays very much. Especially the information on the railroad. There was even information on the wall about how the railroad crew gave food and clothing to needy families along the railroad. One conductor started the tradition of passing out lollipops on Saturdays to the children along their route. I wrote an earlier post about how I was one of those children. 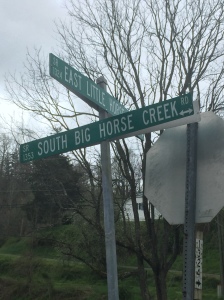 Since it was a rainy and dreary day, we decided to go a little further north to the area where my ancestors once lived. It’s funny. You imagine you will drive into an area that remains untouched by the passing of time, but you quickly realize time marches forward everywhere. I did find the street signs marking the creeks where I know they lived. I will do more research and go back armed with better information the next time.

On our way back home we passed many of the tourist attractions of my childhood. Tweetsie Railroad, just outside of Boone, was always a big mountain attraction and the first theme park in North Carolina. It was billed as a Wild West themed park, although I would imagine some of the shows on the train may have changed from their politically incorrect ‘cowboy and Indian’ interactions. The park has a great history if you care to read more. It is still a very popular attraction. 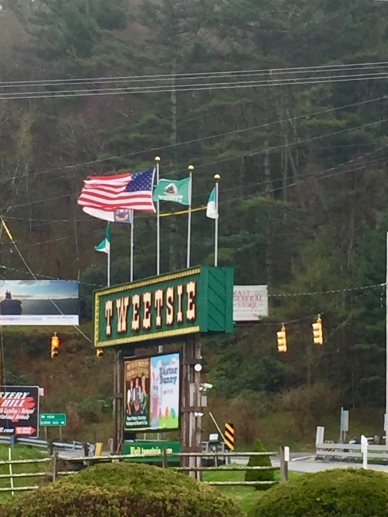 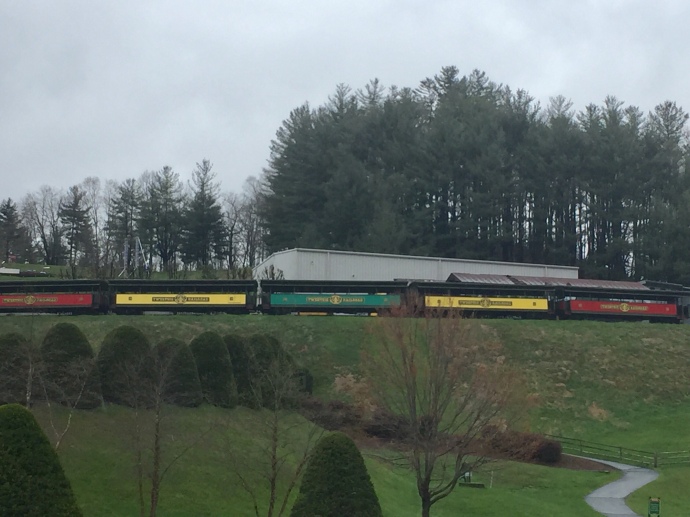 We also passed Mystery Hill, another local attraction I remember as a kid. Mystery Hill is billed as a natural gravitational anomaly — more frequently referred to as a gravity hill. Of course, there is a scientific explanation, but why ruin the fun. It’s a place where water flows up and balls roll uphill instead of down. 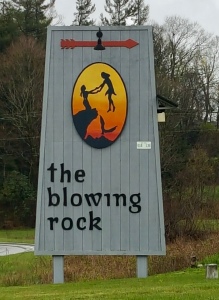 Lastly, we drove past The Blowing Rock, another location steeped in legend. The rock is a metamorphic rock known as a gneiss. The rocky walls of the gorge below form a flume and light objects that are thrown from the rock will be returned by the flume — thus the fodder for the legends. Fun to read about and beautiful to observe, just not on a cold, windy and foggy day.

All in all, it was a pretty good day roaming the hills of North Carolina.