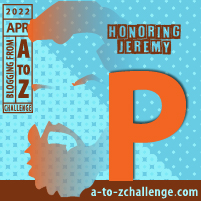 Peridot is a gem quality olivine, an important mineral in the earth’s mantle constituting more than 50% of its makeup. Peridot has also been found in stony-iron meteorites called pallasites. NASA’s Spitzer Space Telescope even discovered olivine crystals raining down on a developing star. Pretty amazing stuff!

Once called chrysolite, peridot is the birthstone for the month of August. It is one of the gemstones that only appears in one color – green – although it can have a yellow or brown tint in some cases. It is often faceted and has no known toxicity. Peridot ranges from 6.5 – 7 on the Mohs scale depending on the magnesium content.

Peridot is primarily a gemstone, but it is used as a refractory sand for casting and also in the manufacture of refractory bricks.  It was used as a slag conditioner which helps remove impurities from steel, but its use has declined because of the availability of better suited material.

I am attracted to the olive green tones of peridot. It has been confused with emeralds throughout history. It is easy to see why in this photo from the Smithsonian showcasing peridot from five different continents.