Linda is really on her SoCS game with this prompt.

Your Friday prompt for Stream of Consciousness Saturday is “ect.” Find a word with the letters “ect” in it, and base your post on that word. (Not to be confused with “et cetera,” which is “etc.”) Enjoy!

When I saw Linda’s prompt for the week, I could only think of the word subject. But could I subject my followers to such blather?

Then I thought about all the phone calls I made on Friday. Inspections! Arguably the most tedious of home buying tasks. Home inspection, water testing, radon testing, septic inspection, appraisals, surveys, title searches. Ugh. By the end of the day I was feeling dejected and tired of it all and that was only day one!

Then I saw a message pop up on my phone about the election. I must go vote. I MUST go vote. I am not sure what to expect from this election, but I know I must do my part.

Before going to bed, I remembered that I neglected to call my friend as planned. I got caught up in all this red tape. I turned on the television and fell asleep on the couch. I love unexpected sleep, though. You know, it is when your body relaxes and filters out the sound and off you go to a little momentary bliss.

In a few hours our family will be here for a visit and I suspect it will be a perfect sort of day. Just hanging out, talking and spending some quality time together. It doesn’t get much better than that.

I will end this by sharing the perfect song for today’s prompt. Enjoy!

Where does your mind take you on Saturdays? Why not join the SoCS bunch and just let your words flow?

I have been a very busy girl. It is Friday and time to catch up and get back on a more regular routine with my blogging.

Today would have been my parent’s anniversary. If they were alive it would have been 72 years together. My parents had some struggles in their marriage but I think they would have stuck it out regardless. I like to think so anyway.

Tomorrow is Leap Day or Bachelor’s Day. It actually takes the earth about ‘365.2421’ days to orbit the sun, so every four years we add an extra day to the calendar to make up for those straggling decimals. If you are born on February 29th, you are known as a leapling. Leap day tradition indicates this is the only day a woman is allowed to propose marriage to a man. From History.com:

Curiously, many Leap Day customs have revolved around romance and marriage. Tradition holds that in 5th-century Ireland, St. Bridget lamented to St. Patrick that women were not allowed to propose marriage to men. So legend has it that St. Patrick designated the only day that does not occur annually, February 29, as a day on which women would be allowed to propose to men. In some places, Leap Day thus became known as Bachelor’s Day.

This tradition hopped the Irish Sea to Scotland and England, where the British added a twist—if a man rejected a woman’s proposal, he owed her a debt of several pairs of fine gloves, perhaps to hide the fact that she did not have an engagement ring. In Greek tradition, however, it is considered bad luck to marry on Leap Day, and statistics suggest that Greek couples continue to take this superstition seriously.

For me, Leap Day should be seen as a day to take a leap – a brave step toward something you hope for. It might be scary, but it also might well be worth the risk. Unless you take the first step, who knows? We took our leap yesterday. We are now under contract for a new home. The next 30 days of due diligence will be stressful. Stay tuned!

Thinking about leap year, I am reminded of one of my favorite films as a child. “Brigadoon”, a fictional town whose name is derived from a medieval bridge in Ayrshire Scotland named ‘Brig o’ Doon’, is a story about a village that only comes to life once every 100 years. As a child I was swept up in the fantasy, the love story and the music. And of course, the amazing team of Gene Kelly and Cyd Charisse only add to the magic.

It is a beautiful day here. Snow is predicted for the mountains, but if we get anything, it might just be a flake or two. Spring is trying to break through. We have a few flowers blooming around the house. The dreaded and invasive Bradford Pear trees are already blooming all around — we do not have any on our property! The dogwoods and redbud trees will soon follow.

We have family coming tomorrow to celebrate hubby’s birthday with us. So, deciding what to fix to eat will be my next order of business.

Not a bad way to enter into the weekend. How are things in your world? Taking any leaps tomorrow? Proposing marriage?

I was excited to have a few minutes strolling around the battery in Charleston over the weekend. Not all photos of doors, but Charleston is always a pleasure to see. 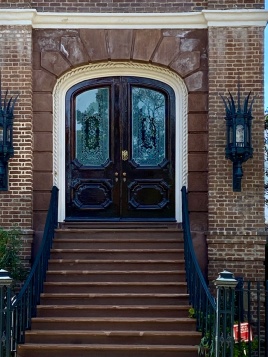 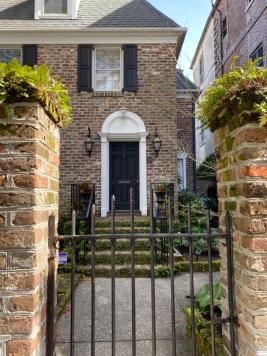 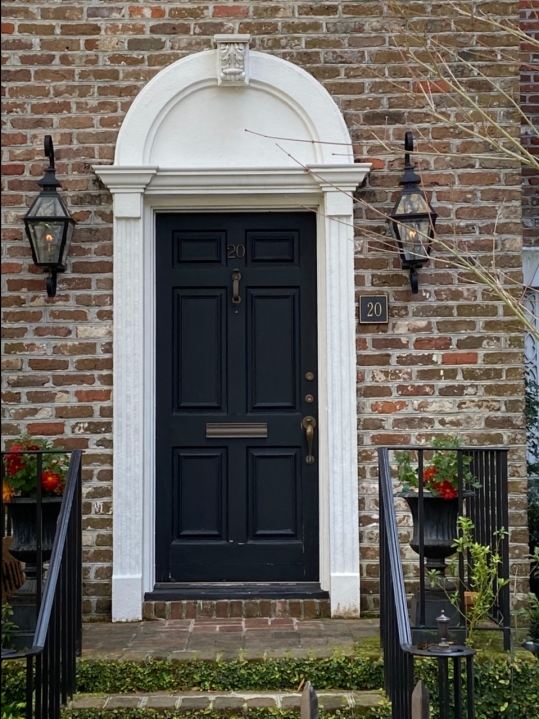 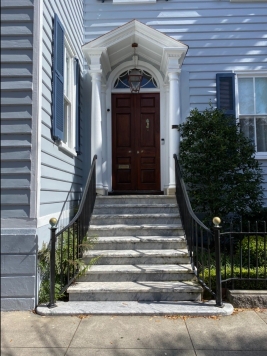 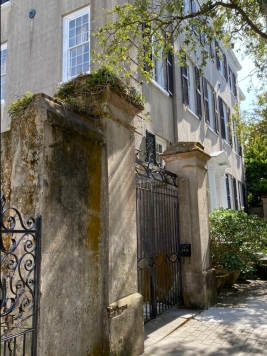 I don’t get to participate often, but I love dropping in each week to enjoy all the doors shared over at Norm Frampton’s place.

One Liner Wednesday is brought to us by Linda Hill. Head over to her place to check out the rules and all the other players. 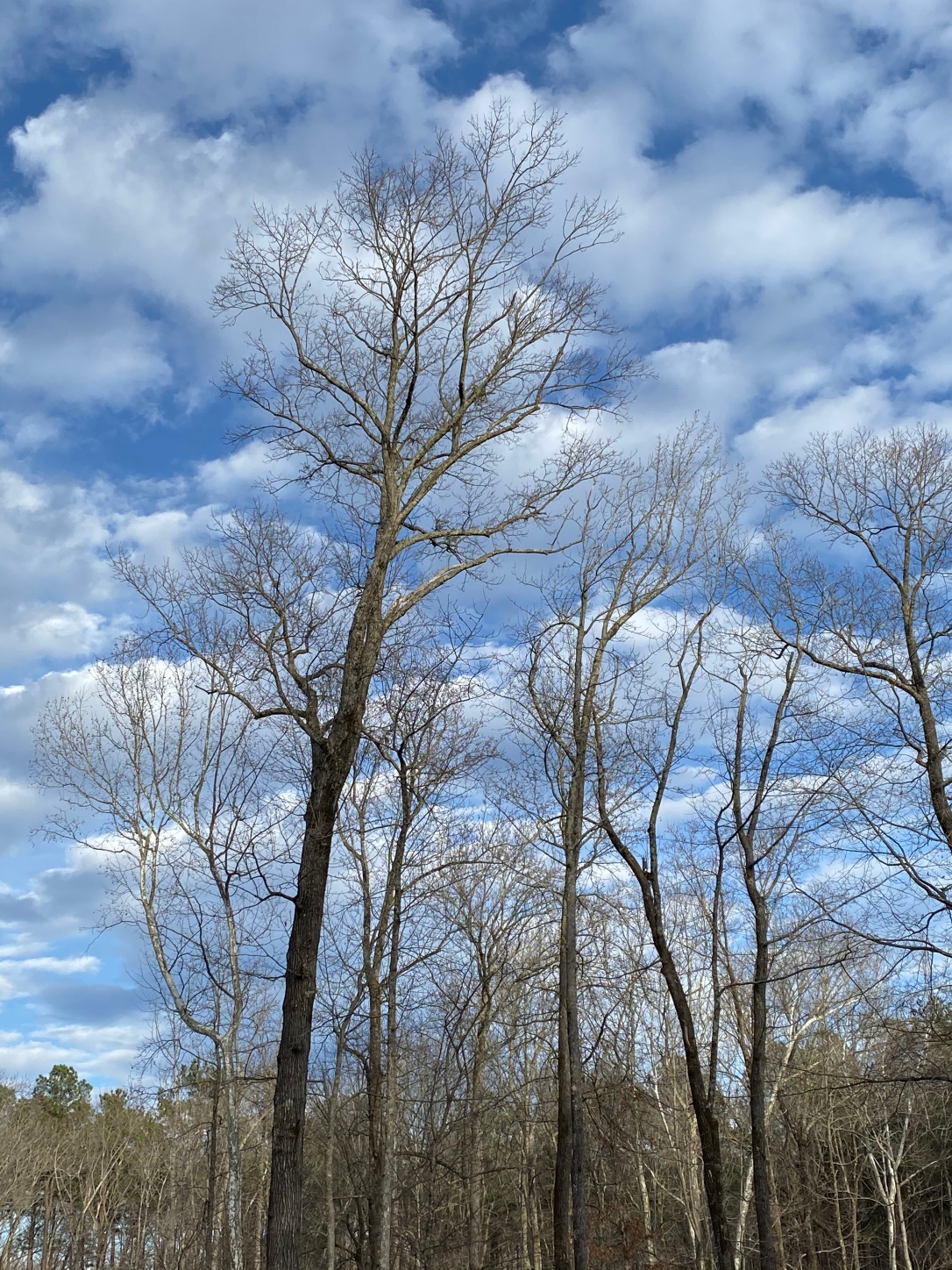 Well, we were sorely disappointed in our weather yesterday. There was to be snow for much of the state. We might have been in the only slice of the state that received no snow.

I am not a fan of long duration cold snaps, but a short snow squall that would dissipate quickly might have been nice! It just was not meant to be.

We are having our final Christmas family get together this weekend. With schedules and distance, it has taken too long. I will be on the road traveling some so I may be absent here for a few days. Who knows, I might be able to sneak a small post in somewhere along the way.

Have a great weekend everyone.

If minutes were kept of a family gathering, they would show that “Members not Present” and “Subjects Discussed” were one and the same.