My brain this morning:

I am rebelling and instead thinking about the last time I did certain things. It’s fun to reminisce about once common things. so, here’s my mental list instead of some not going to happen New Years Resolution post.

When was the last time I:

Each one of these memories evokes memories filled with amazing sights, sounds, or smells. I know I am showing my age with a few of these memory morsels!

Do you remember the tone of money falling into a pay phone? Each coin made a certain sound. This is how telephone operators knew if you deposited enough money to make the call. I remember a gentleman that was arrested in Alaska because he had recordings of coins falling that he played at a pay phone and made phone calls that should have racked up hundreds of dollars in phone charges. (When was the last time to spoke to a telephone operator?)

I remember stepping up into a Greyhound bus and thinking about how luxurious they seemed with their tall comfy upholstered seats. It was hard for me to imagine how they had a bathroom on board! Short distance or city busses also had that familiar sound of dropping coins into the fare box beside the driver. The sound of the door opening and closing, the bell that rang when you pulled the cord requesting a stop and of course the sound of the air brakes.

Riding the train always seemed like such a romantic proposition to me. Many of my family members rode the local trains but I was too young. The last time I rode a train was when we went to Switzerland and took the train to Venice. The train experience was much different between the Swiss trains we rode and the Italian commuter trains. The sights, sounds and smells were all quite different.

I remember when air travel was exciting. It is anything but that now. I was surprised that several airports now allow non-ticketed passengers through security. It is a pilot program at a few U.S. airports. I thought that was gone forever. I wrote about those memories in this post.

I may have mentioned about my dream as a young girl to be an elevator operator. I thought it the most glamorous of occupations. My experiences were in older office buildings or department stores. The operator was usually well appointed in dress. They controlled the opening and closing of the scissored gates, the speed of the elevator and had to be skilled at stopping the elevator precisely at the correct location. In department stores they often announced the floor, Ladies’ Apparel, for example. Thinking about that job now, the repetition of it all sounds daunting. 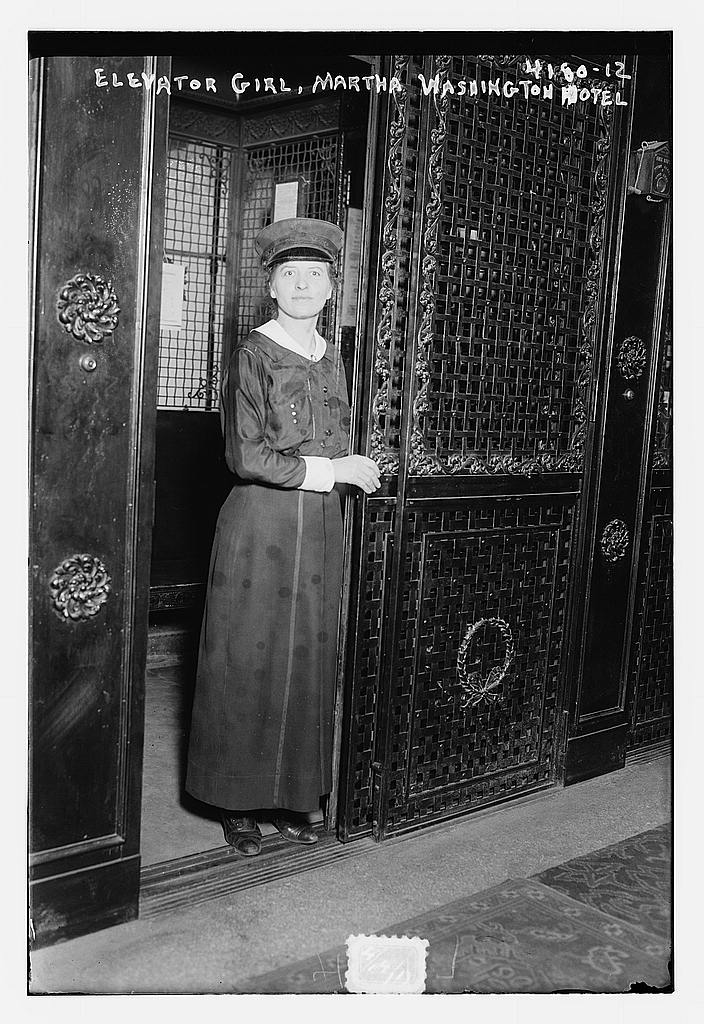 That’s where my brain was today. No resolutions or successes or regrets. I am content just living my best life.

This post is part of Linda Hill’s One Liner Wednesday and JustJotItJanuary. I am hoping I got the ping back correct and we link to the same post for both! Fingers Crossed – all the rules are well explained on Linda’s blog.