I love this video. It was an anthem from my youth. I was a tall and lanky girl who struggled to find herself. I still love the lyrics to this song, but the video of her, so young and so beautiful in her own skin, is what moves me the most. 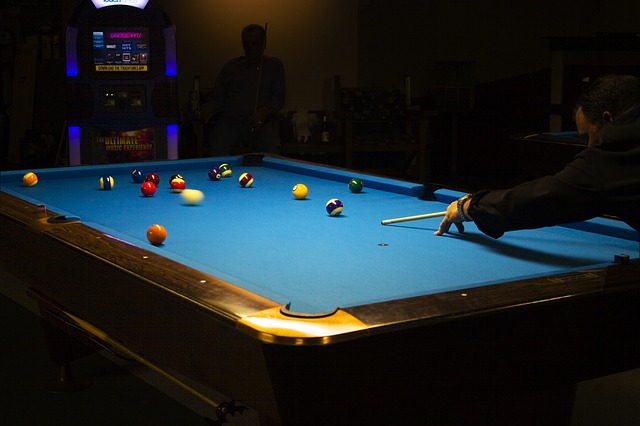 Image by gopgorilla from Pixabay

This week when we went to view the house up for sale, the living room was on the second floor up a fairly steep set of stairs. One of the reasons we shied away from the house was, in fact, because of all the stairs. The house had four different levels which made it so appealing to me. I have always wanted a house with little tucked away nooks to sit and read or maybe write. It was a great house for big gatherings because there are so many really wonderful little places for people to enjoy.

The living room was long and wide and divided into two areas. One with a well enjoyed couch and two chairs facing an old brick fireplace that had been converted to gas. The other half of the room was dedicated to a pool table. I could imagine evenings where people would gather for drinks, conversation and a friendly game of pool.

I have always had a fascination with pool tables. To me, they were a sign of luxury and wealth. First to have space in a home for such extravagance was something I could scarcely imagine. I especially loved the pool tables with leather or fringed drop pockets and covered in a rich worsted wool of a deep rich green color.

When my daughter went to college, it was just my son and I. We often went to the local pizza hangout and played pool while waiting for our pizza. It was a special time the two of us shared together. It was an easy time. One of letting down our hair and just talking about the events of our respective days. It became a weekly routine I remember so fondly.

When hubby and I dated, we sometimes went to sports restaurants and shot pool together. I had developed some skill playing the game and could hold my own.

In the 1950s and 1960s in the U.S. pool halls became synonymous with the seedy side of town. Smoke-filled rooms where gambling and drinking and other vices went hand-in-hand with the game. This was so prevalent, laws popped up to put age restrictions on these establishments to protect good people from the social-ills that accompanied such a venue. Who can forget this scene with Robert Preston from “The Music Man”?

But pool is fun and does take some skill. When our daughter’s husband rented a lake house for her 40th birthday, there was a pool table in the recreation room in the basement. It became a great gathering place for everyone, children and adults alike. There is something fun about learning to chalk up a pool cue and playing a fast game of eight ball.

I do not suppose I will ever own a home large enough to accommodate a billiard table and I suppose my days of shooting pool are behind me. It. Was sure fun while it lasted.

We passed on the house. It was too big and too many stairs for this stage of our lives. I hope someone will fall in love with it and love the life back into it. It is the kind of house where memories are made and maybe, just maybe, they will keep the pool table.