We spent the morning fishing in the tidal creed off the dock. It was hot with the heat index hovering around 109°F. 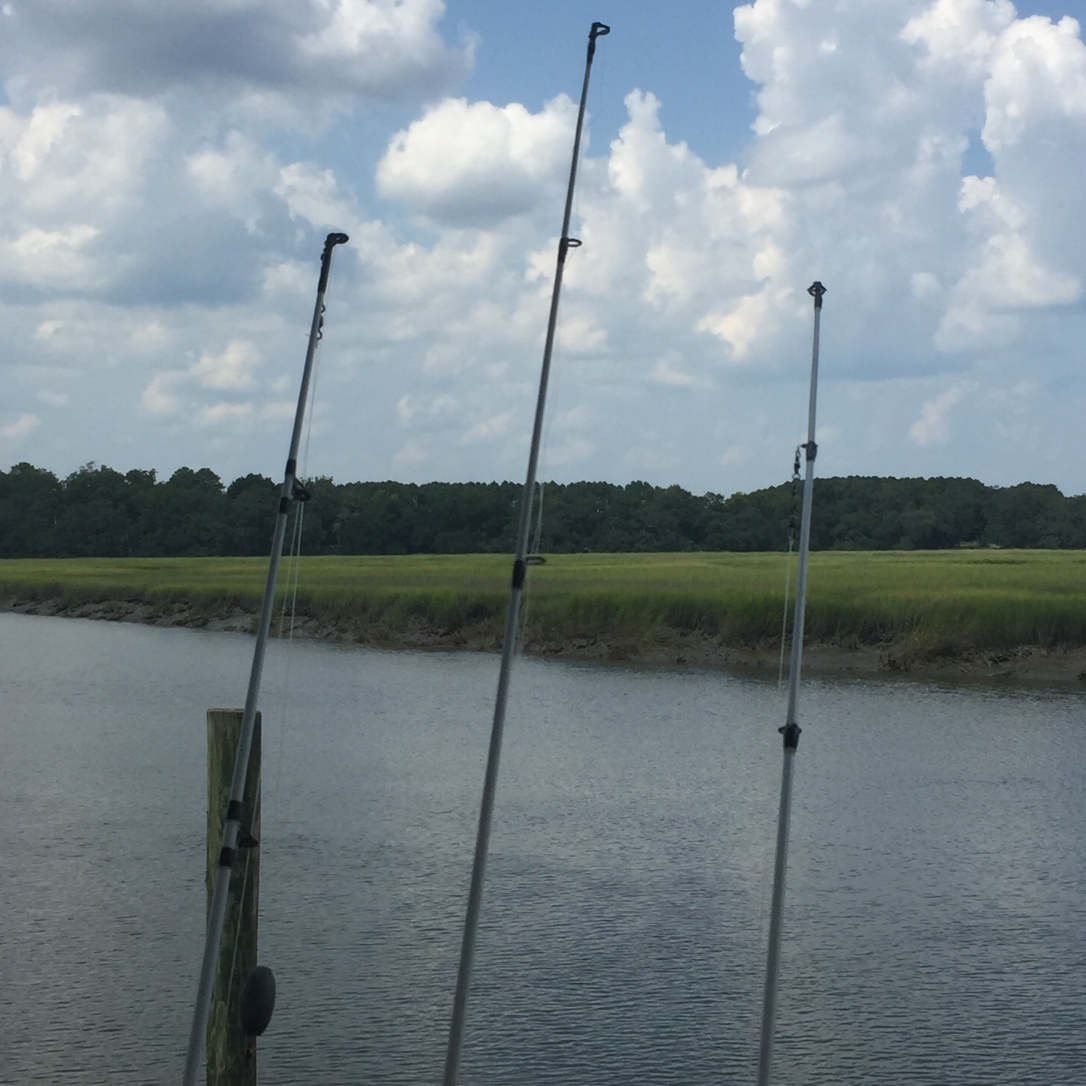 Not much luck catching anything edible although I did catch a shark and a small sting ray. Neither of which I would attempt to free by myself. Luckily our son-in-law and hubby were there to help. I am okay putting live bait on my hook and removing small fish, but not the dangerous stuff. 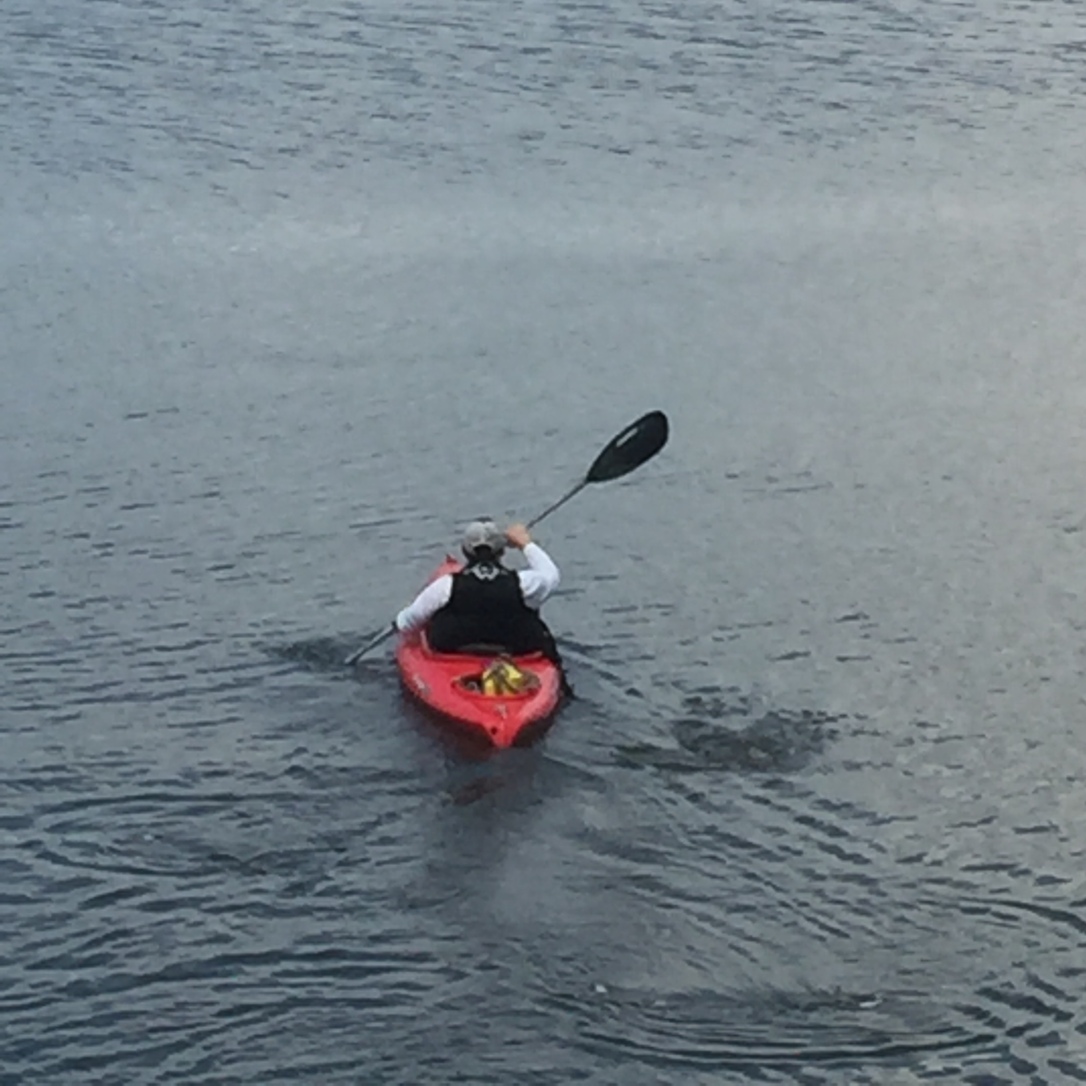 Our son-in-law took the kayak out to the small island created at low tide. He was using the cast net to cast for bait. 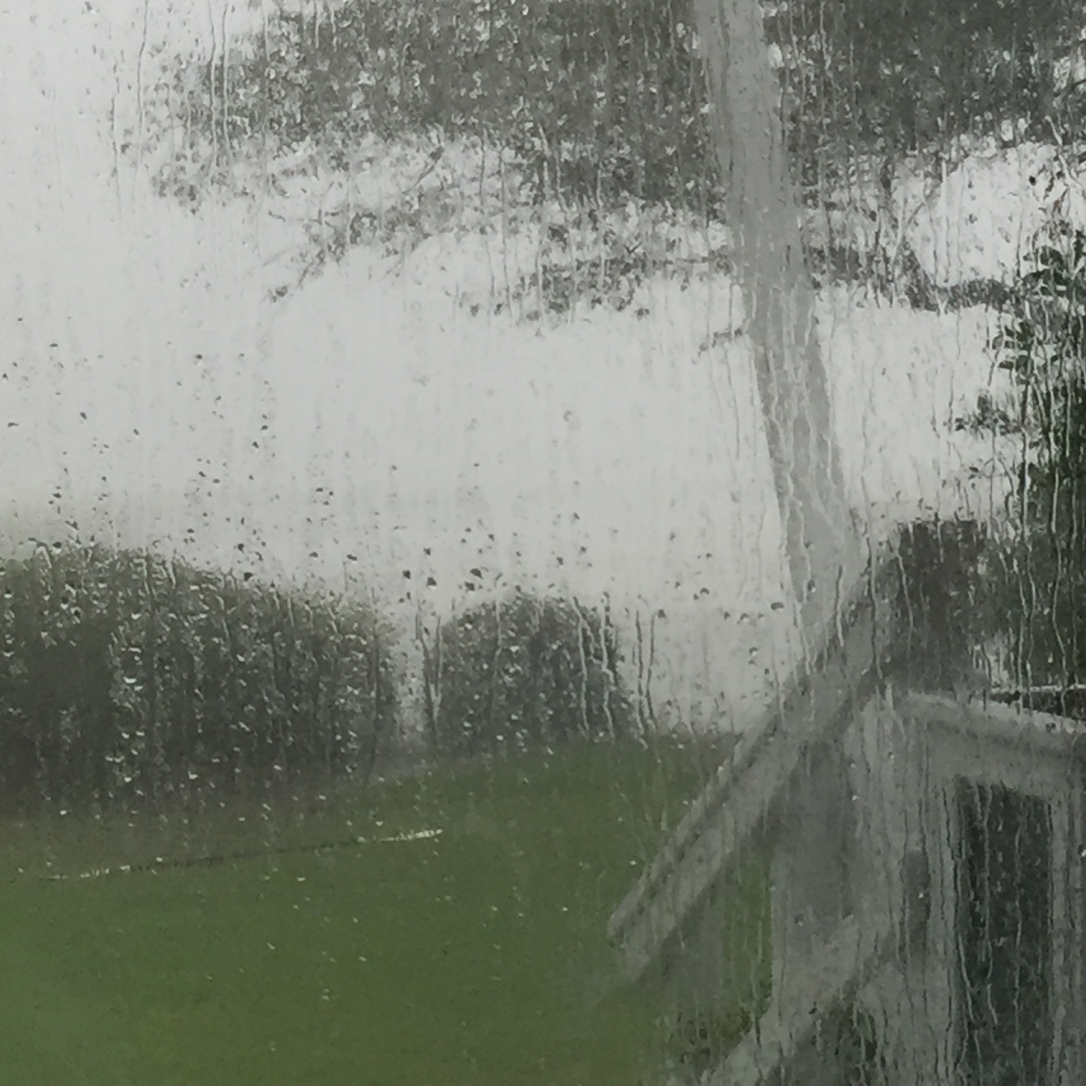 Unfortunately a storm came up and we all took a break until the storm blew over. We tried a little more fishing but the drizzling rain and the cooler temperatures signaled time to call it for the day.

After a nice dinner of homemade tacos we did some crafts and then played a couple of games of Uno which was lots of fun. 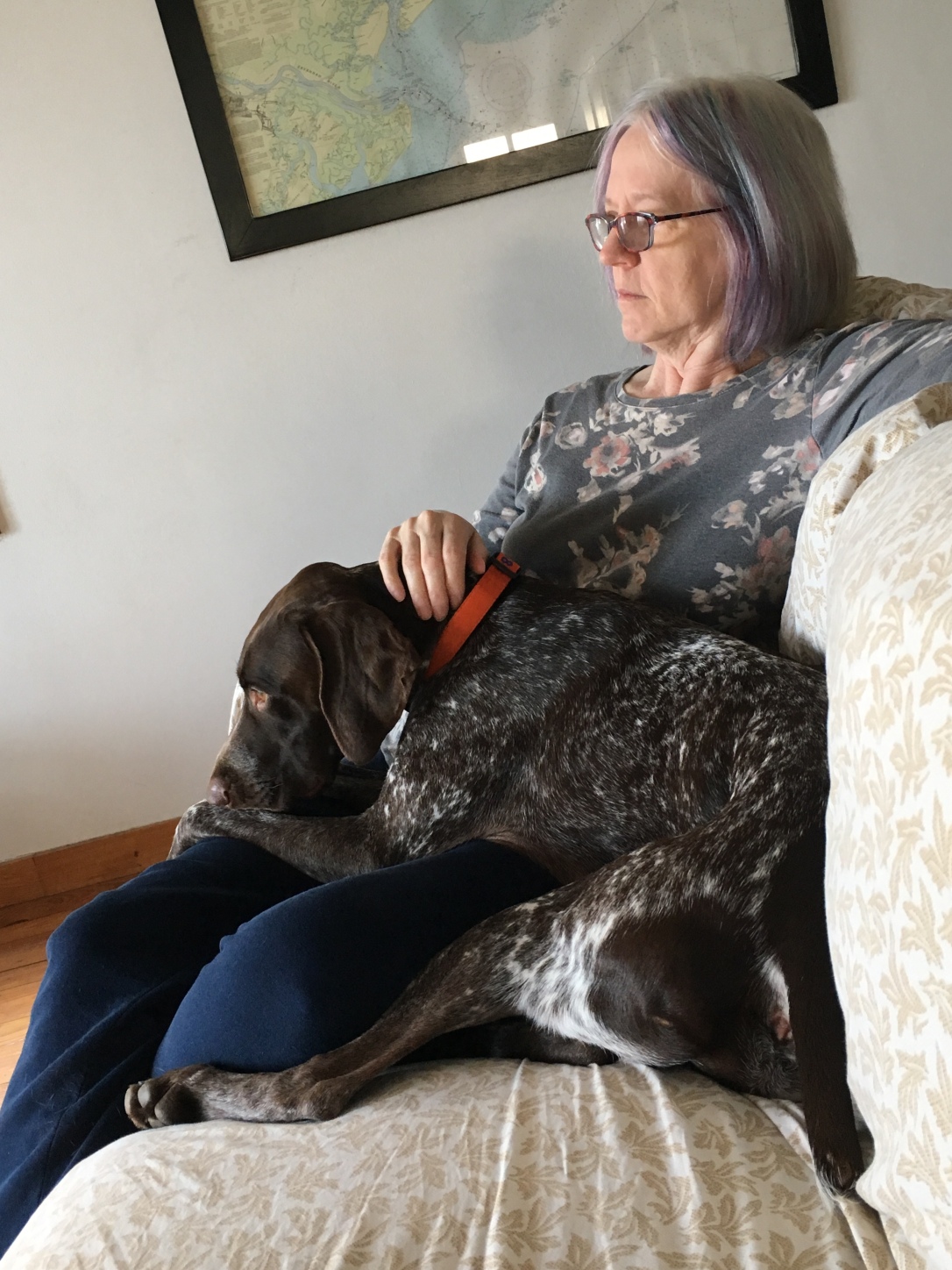 Three of the German Short Haired Pointers are here, so after dinner there was a huge pile of dogs and people intertwined relaxing and watching a little TV. Our granddaughter made peanut butter balls and coconut balls for snacks.

After a good night’s sleep we had a relaxed morning. Now it is time to pack up and head home. It’s been nice being with family and enjoying the water.